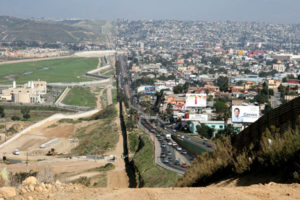 Over the past 12 months, with the new administration, we have seen some important changes in the way our government handles and views immigration.

The good news is that, aside from the above, U.S. Citizenship and Immigration Services has not changed the law, rules or regulations. Some people have reported longer waiting times when waiting for a response or final decision on an application. This may be due to an increase in applications, particularly as more people strive to obtain security in the current climate of uncertainty surrounding immigration and naturalization in the United States.

In this climate, it’s important to remember how to stand apart from the rhetoric and consider the actual effect immigration has on the U.S. economy, which is, overwhelmingly, a positive one.

Here are some little known facts about the economic impact of immigrants on the United States:

As a country founded by immigrants, we should be questioning misguided opinions about the dangers of immigration and immigrants. As we’ve seen again and again from the data, the vast majority of immigrants living in, or seeking to live in the U.S., are decent people who are looking to work hard and contribute to our society.

Have a question about the immigration law or the changes that have occurred? Contact us today to set up an appointment!