The Law Office of Christine Contreras provides a vast array of immigration services in family-based immigration to assist foreign nationals to obtain lawful status in the country. These services range from assistance in obtaining legal permanent residency, obtaining citizenship or obtaining several other types of temporary or permanent legal status. Call (773)-478-0372 now and schedule a consultation.

Self-Petitions for victims of domestic violence under VAWA

Motions and Appeals to USCIS, the Board of Immigration Appeals, the Administrative Appeals Office and other Federal Agencies

U Visas for Victims of Specific Crimes

Reuniting and Keeping Families Together

The Law Office of Christine Contreras is dedicated to assisting people navigating the complex immigration laws of the United States. Preserving and maintaining family unity is a cornerstone of our beliefs at Law Office of Christine Contreras. The United States is a country built on the foundation of welcoming immigrants. We believe in the important words inscribed on the Statue of Liberty which state, ..."Give us your tired, your poor, your huddled masses yearning to breathe free." Immigrants form the core of this great nation. Our law firm welcomes you and will provide the assistance you require to explore your options for obtaining legal or lawful status.

At the Law Office of Christine Contreras, we believe that successfully addressing client needs requires compassion, empathy and honesty. We take on each case as a personal investment and fight for the best interests of our immigration clients. The Law Office of Christine Contreras strives to provide diligent legal advice and representation to our clients while assisting them in the complex immigration process. We hope you will entrust us to assist with your case.

As the daughter of a Mexican immigrant, Christine Contreras has personally experienced the complicated and extensive immigration process firsthand. Her father came to this country at the age of fifteen to have more opportunities and make a better life for himself. He has worked hard and has excelled in this country. Because of her background, Christine believes that everyone should have an opportunity to excel in this country as well and will help you explore your options for obtaining temporary or permanent legal status. Christine personally invests herself in each and every case, while giving her all to obtain a positive outcome for her clients. 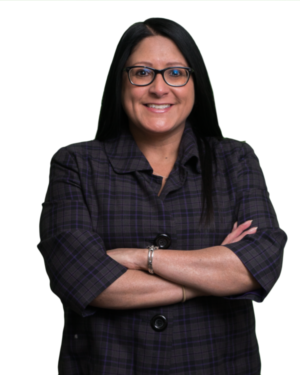 Christine Contreras has been practicing law for over a decade and has extensive experience in matters relating to immigration law. She has dealt with many facets of immigration law including family and employment-based immigration matters, including adjustment of status, immigrant visas, U visas, VAWA petitions, naturalization and citizenship, employment-based visas, removal proceedings, appellate matters and federal court litigation.

Her current practice focuses on the area of family-based immigration matters. Ms. Contreras received a Bachelor of Arts degree, with an emphasis on political science, from DePaul University in 1997. She received a Juris Doctorate from DePaul University College of Law in 2000. She is an active member of the Illinois State Bar Association, Hispanic Lawyers Association of Illinois and the American Immigration Lawyers Association. She is fluent in English and Spanish.

Christine is a vessel that God is using to help change the lives of people. You could see her dedication and strong work-ethic every time you step into her office for an appointment, she is highly passionate about what she does and I couldn’t have asked for anyone else to have gone on this journey with my wife and I. My wife and I definitely recommend Christine for any immigration related issues anyone may be facing, she is highly trustworthy. Once DACA, now officially a U.S Resident, Thank You Christine
Geo Adame 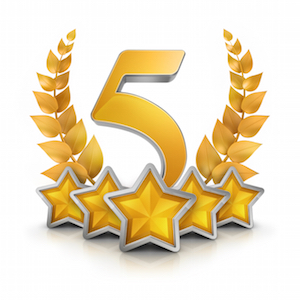 We had the pleasure of working with Mrs. Contreras since 2009 and from the beginning she helped us thru out our case and process, she is very professional and very easy to work with, she took us by the hand and step by step… easily! All thru this process, since we met her we felt confident, set and ready to get this done, we never had a doubt of working and returning to work, and continue our case with Mrs. Contreras, well, our case with her started and included from the time to obtain my permanent resident card, then remove the conditional status, and by now, happily and proud of it, due to her assistance and help, I obtained my U.S. Citizenship. Having her by our side the whole time as our guide, and Lawyer, made the process VERY easy, smooth and FAST! There was stressful times on our end sometimes own fears, of not knowing what was going to happen, so much paperwork, , when to have it by, what to do etc, but Mrs. Contreras always calmed us down, always took the time to answer any questions, via email, or by a quick call away, Christine always was willing to hear our questions and understood us clearly, our process was smooth sailing all the time, and FAST!! No doubt we would definitely recommend go back to her with any other need and we totally recommend her to anyone who needs assistance with their immigration case. It’s been a Journey! Thank You Mrs. Contreras!
David-Veronica Guerrero

I met Christine about three years ago. I came to her for help with my residency papers since I came to the U.S as an child and lived most of my life here. At the time my wife and I applied for my residency papers we had no idea what we were doing. There were so many questions I had, and plus some of the legal documents and requirements that were needed has me very confused about but, with the help of Christine she made the process very clear and easy for us to understand. My wife and I would email and call her about our case several times a month and she would respond right away. There was no doubt in my mind that my case was not going to get approved. Christine understood the fears I had about leaving my family and she worked her best to have my case be a smooth and quick process. I am now a returning client to become a citizen. Still Christine has made the process for me easy and with no worries at all. I would recommend her to anyone who needs help in all legal situations with immigration. She is a wonderful and understanding lawyer.
Martin Fernandez-Guzman

Leave Us A Review 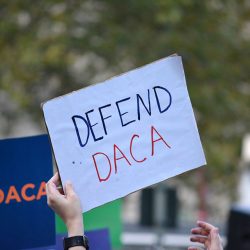 DACA Update It would seem that, with the election behind us, we are finally beginning to see some good news for immigration policy. On December 4, 2020, Judge Nicholas Garaufis of the Eastern District of New York ordered the government to reinstate the DACA program fully and immediately! U.S. Citizenship and Immigration Services (USCIS) updated Read more about December Newsletter 2020[…] 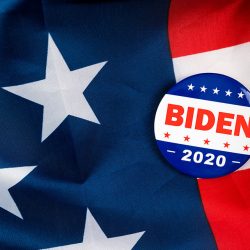 What a Biden Presidency Will Mean For Immigration Policy

In what is the biggest news for United States immigration since 2016, it is certain that Joe Biden will be the next president of the United States. President-Elect Biden has promised to pass key legislation in the first 100 days of his term that will undo many of the Trump administration’s destructive immigration policies and Read more about What a Biden Presidency Will Mean For Immigration Policy[…] 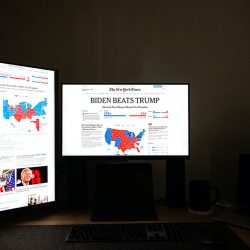 Presidential Election We did it! Last month, we wrote about the incredible importance of the presidential election. Now, immigration advocates everywhere can breathe a sigh of relief and rejoice at the news that Joe Biden has won the presidency. This means we can likely look forward to four years of much more immigration-friendly policies, as Read more about November Newsletter 2020[…] 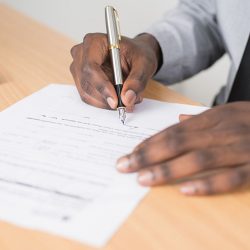 Form I-944: What You Need to Know When Filing for Adjustment of Status

We have written much about the public charge rule that was put into effect by the Trump administration and the ongoing litigation that ensued to stop it from taking effect. Timeline of Latest Court Decisions On September 11th, 2020, the United States Court of Appeals issued a decision that, for the time being, allowed the Read more about Form I-944: What You Need to Know When Filing for Adjustment of Status[…] 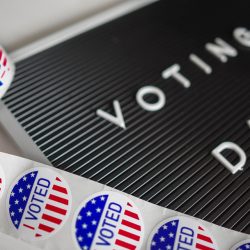 USCIS Fee Increase Blocked On September 29, a federal judge blocked the implementation of USCIS fee increases that were to take effect on October 2 by granting a motion for a preliminary injunction. Current fees remain in place until further legal action. Reach out to me today to prepare and file your application as soon Read more about October Newsletter 2020[…] 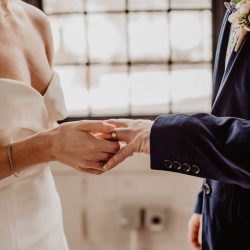 If your legal residency is based on your marriage to a United States citizen or your parent’s marriage to a United States citizen (i.e. you have conditional residency status), you will at some point want to remove these conditions and obtain your permanent residency, which is a more stable legal status that is not dependent Read more about How to File a Petition to Remove the Conditions on Permanent Residence[…] 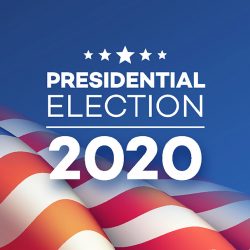 Former Vice President Biden’s proposed immigration policy stands in stark contrast with that of the Trump administration. Certainly, Biden’s record during the Obama administration was much friendlier and had reasonable policies. Progress was made, including the institution of the Deferred Action for Childhood Arrivals program, which provided work permits and travel documents to over 600,000 Read more about Analyzing Biden’s Immigration Proposal[…] 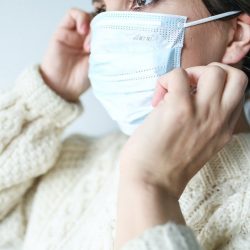 As expected, the COVID-19 pandemic has caused some serious disruptions to United States Citizenship and Immigration Services (USCIS) operations and the processing of immigration-related applications this year. Offices Reopening USCIS temporarily closed many of its offices on March 18th due to the COVID-19 pandemic. As of June 4th, many USCIS field offices and asylum offices Read more about COVID-19 and Immigration Applications Update[…] 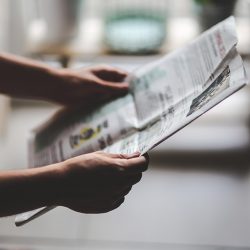 The Trump administration and USCIS are becoming more strict about people falsely claiming they are United States citizens. As of April 24, 2020, the USCIS policy manual was updated to reflect how these cases should be treated going forward. Here is what you need to know. According to the USCIS announcement: “Under the law, an Read more about USCIS Updates Policy on False Claims of U.S. Citizenship[…] 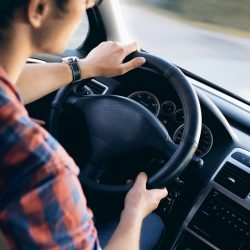 DUI’s and How They Affect Different Immigration Applications

A Driving Under the Influence (DUI) charge is one of the most common serious offenses in the United States, with over 1.5 million arrests made for the offense every year. In addition to the court process of the DUI itself, a DUI can also have serious implications for a person’s immigration plans. First of all, Read more about DUI’s and How They Affect Different Immigration Applications[…]